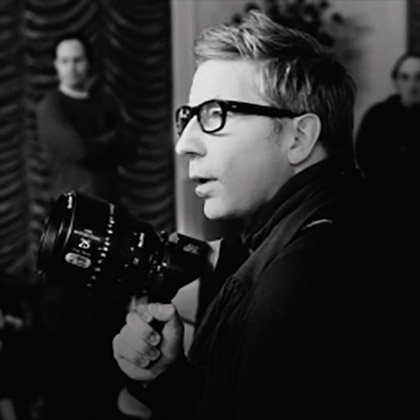 Phil Griffin graduated from ‘Ballet Rambert’ in London as a dancer and choreographer.

Further documentary features followed. Britney: For the Record aired in over 35 countries around the world to an audience of 100 million, while Phil and Prince reunited to create a full-length edited version of the record-breaking concert series 21 Nights in London.

10 million YouTube viewers tuned in to Phil’s 1 hour Amex Live Concert special – Jay Z at South By South West followed by a 20 min Rihanna film: “Half Of Me” exploring the delicate relationship the global superstar has with her Fans.

Art film Not Once, starring total artist & icon Mikhail Baryshnikov and directed with Fabre opened at Venice Bienalle in 2020 under the curation of British dance legend Wayne McGregor

Whether Its working to promote Self Belief in young people though Prince Charles & The Princes Trust, collaborating with Sting, Mary J Blige & Sir Paul McCartney on the Hurricane Sandy Relief campaign or with Macklemore & Lewis for the USA Network for the 2014 commercial of Phil’s self penned “I Won’t Stand For It.” campaign, storytelling is at the heart of every project.

Amy In The Light, a new and experimental look at the personal work Phil Griffin shared with Amy Winehouse launched to global acclaim in 2021 and celebrated the legacy of Amy’s life & work, 3 works from this exhibition were chosen for The Design Museum retrospective Amy beyond The Stage